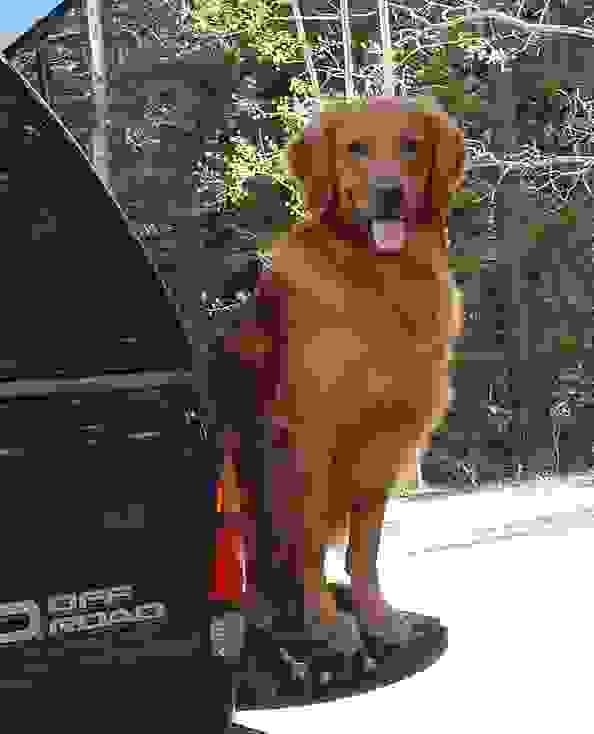 In Memory of Moose


Centennial lost another long-time resident yesterday with the passing of Moose, the golden retriever, one of the original members of The Golden Gang, four months to the day short of his

14th birthday. The photo above was taken just days before the recent snowstorm.


Moose lived his whole life in Centennial but helped solve cases in Colorado, Idaho, South Dakota, and Wyoming. Certified in avalanche rescue/recovery, wilderness trailing/tracking, urban trailing/tracking, first responder in mass disaster, water recovery and detection, wilderness search and rescue/recovery, lost person detection, evidence recovery, and forensic evidence detection, Moose was called on to find lost hikers, forgotten cemeteries, arson evidence, and more. His extraordinary nose saved the life of a missing toddler in Carbon County, found an Alzheimer's patient who wandered away from the Old Corral, and uncovered criminal evidence that solved cold murder cases. He helped bring closure to loved ones with discoveries of remains.
Decorated by the US Police Canine Association, and known for his ferocious barking whenever HIS car was approached, he was also a loving and protective companion who loved to steal hats and weave between the legs of visitors. Someone who'd known him since he was a puppy summed it up this way:
"Moose exemplified the best possible qualities that any person could look for in a loving and compassionate friend and companion. To the last breath, Moose would have given his all to do one more search, one more rescue and receive one more hug for his life's work.
"What a price to demand and what an easy price to pay for all of what Moose was and did. Those who never had the opportunity to meet Moose or watch him at play or at work can only try to understand the wonderful natural abilities that he represented and the void he leaves behind.
"To have known Moose is a great honor and pleasure. There will be more of his breed, but Moose was one of a kind in the 'Golden Gang'."
Moose is still giving; veterinarians at Colorado State University's Veterinary Teaching Hospital will be investigating cancer that took his life, to learn from how the disease progressed in order to help other dogs in the future. Moose's presence and his service to our dog-loving community will be missed.  Moose was diagnosed with rare cancers and so was Josie.


** Subsequent toxicology tests revealed toxic heavy metals in Moose's liver **
These toxins were something you would not normally expect to find in the home.